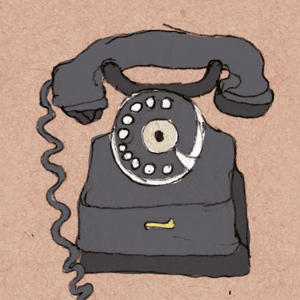 Among the nightclubs of Dresden the “Gondel” (gondola) held a privileged position. It was situated at Brühl’s Terrace in the Secundogeniture building and was opened on 16th November 1968. During the 1970s for a while it even offered striptease once a week. By desk telephone you asked your favourite for a dance.
The elegant building, however, is not the building originally made for this place. The site was originally occupied by the building of Brühl’s library that was appropriated to the needs of the Academy of Arts in lete 18th century. The Academy, however, moved the the impressive neighbouring building and the library was subsequently demolished and re-built in the Neo-Baroque style in 1897. It now contained the library and a collection of copper engravings belonging to the second borne prince, Johann Georg – hence the name of the building, Secundogeniture. Until 1945 the Secondogeniture was used as an exihibition space. During the air raid of 13th February 1945 it was burned down completely and only rebuild in 1963-64.