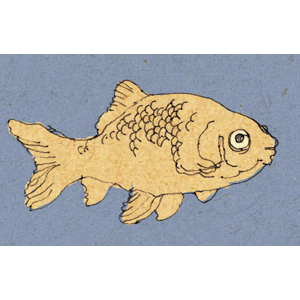 Family Hering from Dresden was absolutely amazed to come across a gold fish during the big flooding in August 2002. The incident is particularly remarcable as the house of the family stood hundreds of metres away from the water and was completely dry. “The fish swam along the flooded road.It probably came from a garden pond” recalls the father as he points out which of the gardens in his neighbourhood were submerged during the flooding. He claims to have even seen a carp swimming between the garages.
The flood of 2002 with a peak of 9,40 metres was the highest documented flooding in the history of Dresden.