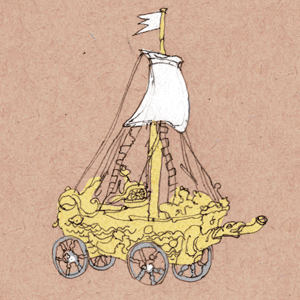 “The entire garden was illuminated and in both corners were two cabinets for silent pleasures. Finally huge bender. The king, brave in this regard, ahead of everybody.” Thus a Prussian envoy eported the 48th birthday of Augustus the Strong.

Whoever was invited to a Baroque festive diner table had to brace himself. Among the many trick decorations were ship models on wheels, their body filled with wine. The were wheeled on the table and whenever they came to a halt in front of one of the guests he had to “unload he cargo”. The metal ship’s crew often leveled their guns at the “delinquent”. Better not to waste a thought on the morning after ….